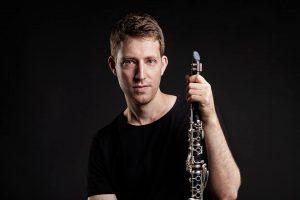 Jonathan Hadas is the principal bass-clarinet player for the Israel Philharmonic Orchestra since 2010. Mr. Hadas is a graduate of both Buchman–Mehta School of Music in Tel AViv and the Jerusalem Academy for Music and Dance earning his Bachelor of music and Master of Music under the guidance of Mr. Richard Lesser, and later on with Mr. Yevgeny Yehudin.  He also participated in a special student exchange program at the Karlsruhe Hochschule für Musik, (Germany) working with Prof. Wolfgang Meyer. As a soloist Mr. Hadas made numerous appearances with the Israel philharmonic orchestra, Holon Chamber Orchestra, the Israel Stage Orchestra, the Israeli Chamber Orchestra, and the Israel Camerata Orchestra, Jerusalem. He also participated in the Lucerne Festival Academy as Principal Clarinet under the baton of maestro Pierre Boulez, in the summer of 2010. In the Summer of 2014 Mr. Hadas joined the faculty of the Prades Clarinet Festival (Spain) as a guest professor and later on, In 2015 he joined the Spannungen Chamber Music Festival in Heimbach (Germany), playing alongside world renowned musicians, such as Christian Tetzlaff, Lars Vogt and Sharon Kam.  Jonathan is a member of the Israeli Contemporary Players Ensemble as well as the “Meitar” ensemble of which he is a founding member. He is also a member of the Balkan group "Kbetch!" with which he had won the"Klezmer Prize" in the Fürth Klezmer Festival, 2014, and is the clarinet player in the chanson trio "Padam".